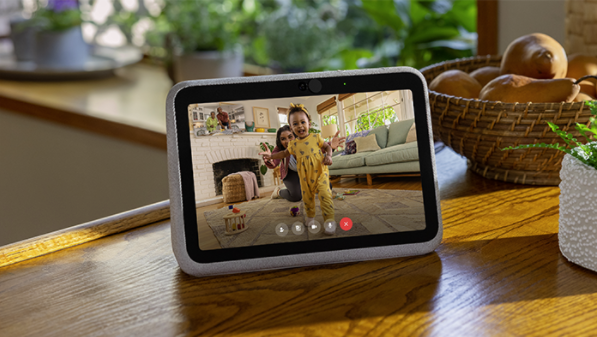 Amid rising costs, and a tightening economy, Meta has announced some significant changes to its product roadmap, with several of its hardware projects either being put on hold or delayed for the time being.

According to various reports, Meta is:

The changes significantly alter Meta’s ongoing plans, which also include the development of retail stores as part of an expanded push into consumer tech products, branching beyond its social platform roots.

Meta also recently scaled back its audio social developments, while several other projects are under review.

The company has been looking to reduce costs as it focuses on developing its metaverse-aligned initiatives, while also dealing with the compounding impacts of Apple’s new data privacy changes. Last year, Meta noted that Apple’s new ATT updates, which prompt users to opt in or out of data tracking, will likely cost it around $10 billion in lost ad dollars in 2022 alone. Meta also reported a $10 billion operating loss in its Reality Labs division for FY 2021.

The announcements, logically, spooked the market, and sent Meta shares tumbling, which they haven’t recovered from as yet. These latest product roadmap update are part of Meta’s broader plans to keep an even keel through expected economic uncertainty, while it’s also flagged coming job losses and delays in several divisions.

And it’s not the only social platform in this boat. Last month, Snapchat issued a profit warning, with its Q2 revenue unlikely to meet the targets that it had communicated just a month earlier, due to ‘a macroeconomic environment that has deteriorated further and faster than anticipated’. Twitter is rescinding job offers and clearing out its executive ranks, while ByteDance, the owner of TikTok, has lost $100 billion in market value over the past year.

Increased regulation, a spending slowdown and broader economic pressures are making it much harder for tech platforms to take big bets, which is seeing all of them wind back their efforts to expand and evolve into new areas.

Meta, of course, has already made this a key focus, and it’s keen to continue on its path towards the metaverse, through the increased take-up of VR headsets and other aligned tools.

As such, it’s not cutting off its hardware development entirely.

We’re going to ship wrist wearables and AR glasses that bring completely new tech—like EMG— to market. The path to groundbreaking products is not a straight line. As is common in our industry, we iterate on multiple prototypes in parallel & shift resources as we learn.

So while we might not be getting a Meta Watch any time soon, Meta is still working on a wrist control device for VR, which will expand on its metaverse focus, while it’s also still investing in new metaverse-related tech, like this week’s announcement of a new partnership with game creation platform Crayta.

Meta CEO Mark Zuckerberg has said that he feels ‘a responsibility’ to invest in the metaverse shift, so it’s unlikely that Meta will move away from that focus entirely any time soon. But these latest announcements flag a coming period of pain for the sector, which likely means that the Q2 results period is not going to be much fun for most.

What will that mean for ongoing development, and coming changes in the space? It’s impossible to say, but with increased shareholder pressure tends to come accelerated revenue measures, which could be good, in terms of providing new ad options and reach, while they could also be bad, in squeezing more ads into feeds and impacting the user experience.

Meta is well aware of these impacts, and as such, it may be less likely to pump in a whole new flood of ads (though Instagram users have anecdotally noted more ads in their feeds of late). But clearly, the squeeze is definitely on, and that could lead to a range of changes as the platforms strap in for a bumpy road throughout the second half of the year. 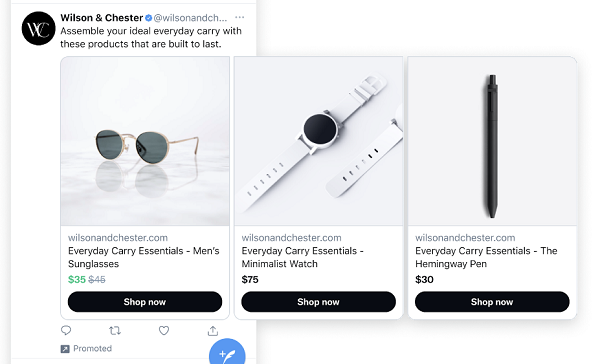 So, just before Thanksgiving, Twitter announced some new ad targeting options, which look fairly similar to its existing ad goals, but with some important differences.

The first update is within its ‘Conversions’ objective, with advertisers now able to focus their promotions onto users that are more likely to take specific actions in response.

“Website Conversions Optimization (WCO) is a major rebuild of our conversion goal that will improve the way advertisers reach customers who are most likely to convert on a lower-funnel website action (e.g. add-to-cart, purchase).”

So instead of just aiming to reach people who are likely to tap on your ad, you can expand that focus to reach users that are more likely to take next-step actions beyond that, like:

“Our user-level algorithms will then target with greater relevance, reaching people most likely to meet your specific goal – at 25% lower cost-per-conversion on average, per initial testing.”

Essentially, the process uses Pixel tracking (you need to use the Twitter Pixel or Conversion API for this campaign type) to get a measure of the types of people who are undertaking these actions on your website, then utilizes that data for targeting further audiences for your ads, based on each element.

So how is it different?

Well, it’s not a big shift.

Up till now, Twitter advertisers have been able to optimize their campaigns to focus on:

Within the ‘Conversions’ objective, you can further optimize for specific website events:

But what Twitter has done is that it’s made these options more immediately accessible within the Campaign Objectives screen.

So it looks like a significant update – and functionally, it does simplify things a bit. But it’s not a major advance in your Twitter ad targeting options.

Twitter’s also launched its ‘Dynamic Product Ads’, which enable advertisers ‘to showcase the most relevant product to the right customer at the right time’.

“With DPA Retargeting, you can serve ads to targeted consumers, featuring products they have engaged with (e.g. added to their shopping cart) on your website but haven’t yet purchased.”

Twitter’s actually offered a variation of this ad type since 2016, but it recently updated its Dynamic Products Ads targeting to integrate a more privacy-focused approach, in order to optimize ad performance with potentially fewer signals.

Finally, Twitter’s also launching its updated Collection Ads format, which enables advertisers to share a primary hero image, along with smaller thumbnail images below it.

“The primary image remains static while people can browse through the thumbnails via horizontal scroll. When tapped, each image can drive consumers to a different landing page.”

Essentially, these are not new offerings, as such, but they may be newly available to you, which could provide more considerations for your Twitter ad campaigns.

So if you’re wondering how Twitter’s able to launch new ad products despite cutting 65% of its staff – well, they’re not new, they’ve been in development for months, with Twitter just deciding to press ‘launch’ and provide them to all ad partners.

But that doesn’t lessen their potential value, and there could be various ways in which you’ll be able to use these options to boost your tweet campaigns.

Note, too, that Elon Musk has repeatedly mentioned that he wants to improve the accuracy of Twitter’s ad targeting options, which could eventually see Twitter’s automated audience tools, like Website Conversions Optimization, become a much more valuable proposition.

You can learn more about Twitter’s latest ad updates here.