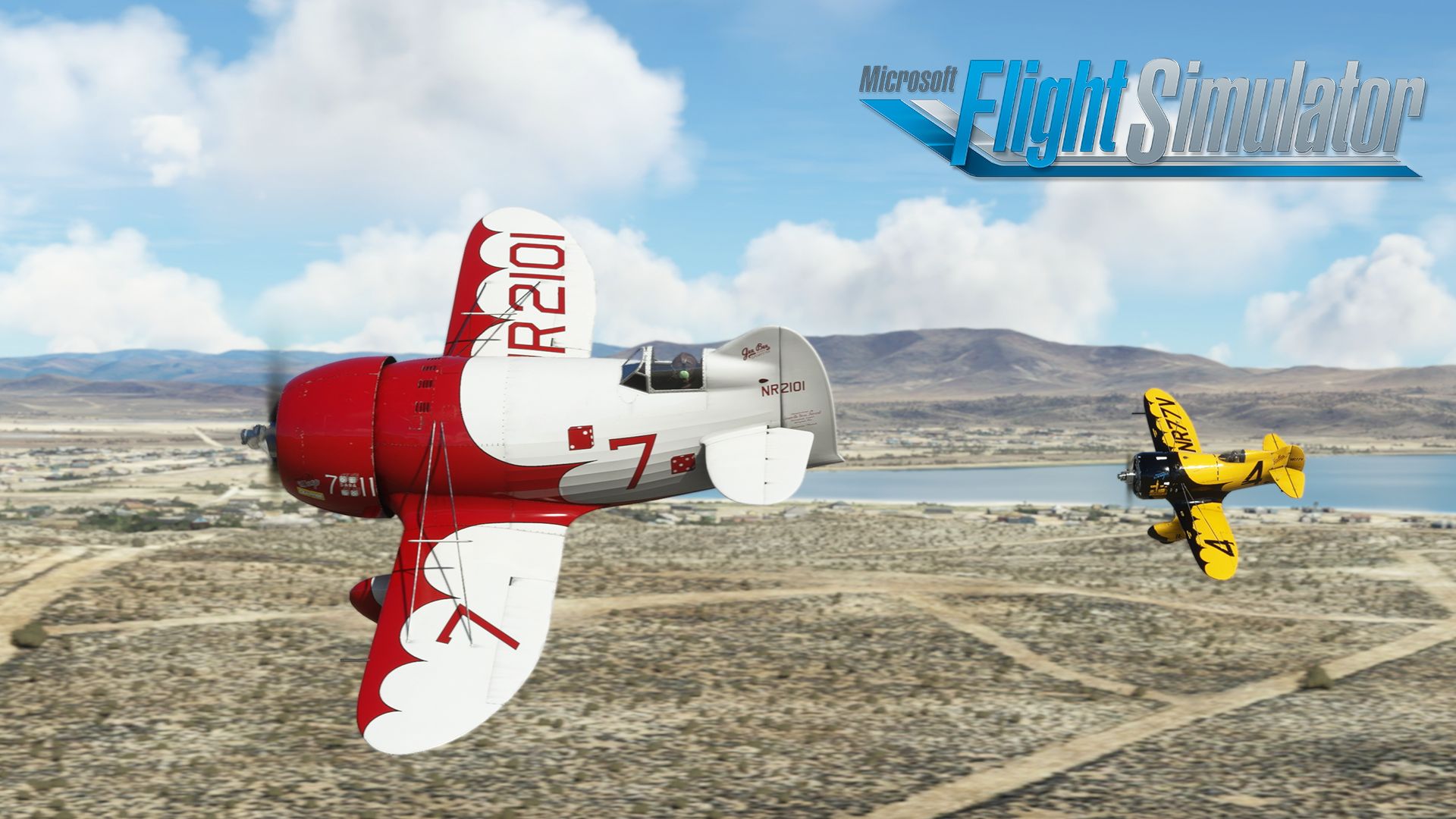 The Microsoft Flight Simulator team is excited to announce their latest release in the Famous Flyers series of aircraft, the Gee Bee Model Z and Model R-2 Super Sportster, single-engine, single-seat racing monoplanes designed and built by Granville Brothers Aircraft of the United States. The company (“Gee Bee” is a phonetic representation of the initials GB) produced a few different iterations of the design, notably the Model Z and the Model R-2. Each is one-of-a-kind, and each is regarded as a historic great of the Golden Age of Flight due to its unique looks and blazingly fast performance.

Urged on by early successes with their “Sportster” race aircraft of the late 1920s, the Granville Brothers created their first Super Sportster, the Model Z, to race at the Thompson Trophy pylon race at the National Air Races at Cleveland, Ohio, in 1931. The brothers, five in all, pushed the limits of aircraft technology at that time to squeeze every possible drop of speed out of their design, including one of the first uses of a wind tunnel. The result was a racing legend with a burly fuselage, straight main wing, traditional tail unit, and a cockpit located just forward of the leading edge of the vertical stabilizer, perhaps the Super Sportster’s most notable characteristic. Powered by a 9-cylinder Wasp Junior radial engine, the Model Z finished in first place at the 1931 Thompson Trophy and inspired the Granville Brothers to create even faster Super Sportsters.

The Model R-2, built for the 1932 National Air Races, was built based on the Model Z and looks virtually identical, the primary differences being that the R-2 has a slightly longer fuselage and wing. During the 1932 races, the R-2 placed fourth in the cross-country Bendix Trophy Race and fifth in the Thompson Trophy Race.

The Microsoft Flight Simulator versions of the Model Z and the R-2 have been carefully recreated by Carenado to mirror the visual and performance spirit of these Famous Flyers for sim users. They are available today as a bundle for PC and Xbox for $14.99, exclusively in the in-sim marketplace. Download now and prepare for an aerial speed experience unlike any other!

Microsoft Flight Simulator is the next generation of one of the most beloved simulation franchises. From light planes to wide-body jets, fly highly detailed and stunning aircraft in an incredibly realistic world. Create your flight plan and fly anywhere on the planet. Enjoy flying day or night and face realistic, challenging weather conditions.

Research and Destroy: The Power of Science Compels You!