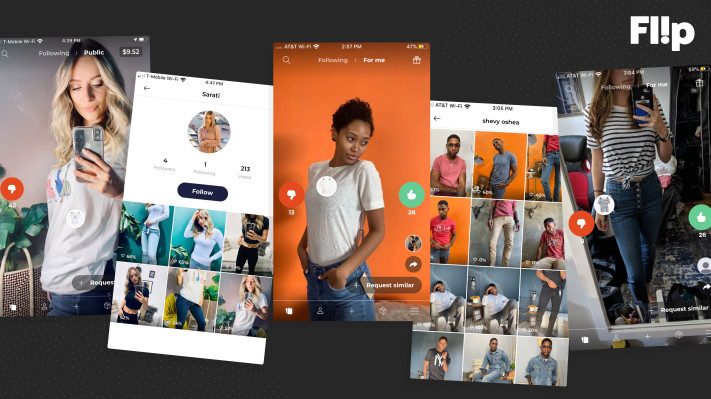 Nooruldeen Agha, has been thinking about what’s next for fashion retail for years.

The serial entrepreneur behind the Dubai-based online fashion retailer, Elabelz and marketing studio Elephant Nation had always wanted to redesign the shopping experience for how customers actually shopped in stores and online.

“If it was 1994 and we knew what technology is today and we want to reinvent this [shopping] experience… one thought was how we bought our whole life and how we go to the mall,” says Agha.

Shopping is, for most people, a social activity. Friends go to the mall or department store together to try on clothes and ask each other for advice. Most online and offline shopping experiences are completely divorced from that, Agha said.

“Fashion shopping has always been a social experience,” said Agha, co-founder and co-CEO of Flip, in a statement. “The decision for today’s shoppers to buy happens once they receive validation from friends and family, but e-commerce has made shopping very isolating. We are connecting the social behaviors of shopping, which were previously only possible offline, with a virtual experience.”

So he wanted to take the social aspects of Instagram and the subscription box and retail elements of StitchFix to create the new Los Angeles-based startup, Flip Fit.

But to do it, Agha needed a push. His businesses in Dubai were successful, he says, and there was no need for him to pursue another new venture — especially one in America.

Then he met Jonathan Ellman at the Summit conference in Los Angeles.

“We met at a party.  At midnight,” Ellman says. “At 10 o clock the next morning we were sitting on a balcony talking to each other and  came to an understanding that Noor with his dynamics and understanding the industry… that he could not stay in Dubai.”

Ellman has a history as an investor and an operator. He was the founder of the scout program at GreatPoint Ventures and spent years at HoneyBook. And he knew immediately that Agha’s idea had legs.

For the next year, the two laid the foundation for the business. Noor had all of the connections already. Elabelz was pulling in $23 million in revenue off of the sale of 150,000 boxes of clothes — so the logistics and fulfillment and brand partnerships would be a breeze. The company has 200 brands that have already signed on as of today’s launch including: AG, JBrand, Hudson, Retrobrand, Boyish, MadeWorn, Junkfood, Mavi and Edwin.

FlipFit works by creating a social network based on friends and followers. The company isn’t borrowing from Facebook or Instagram, but instead is trying to build out its network from scratch. Users of the app are encouraged to take vote on selfies their friends take in different outfits. Each vote garners in-app cash that can be redeemed whenever someone purchases an item ($10 for each new voting user and $1 per vote).

As users vote on the styles they like, they can also add clothes to a virtual wardrobe. When they’re ready they can select a few styles from that closet to be shipped out to them to try on. If the user doesn’t like the clothes, then they just return it.

The mechanics aren’t that different from a number of other online retailers, but the difference is in the company’s decision to create an entirely new social graph.

Initially, Agha and Ellman are tapping influencers to hook in their target customers. Over the next 90 days roughly 500 influencers across social media will be encouraging their audiences to vote on different outfits using the FlipFit app. The influencers are getting $150 in store credit twice-a-month or getting paid sponsorships (depending on the size of their following). The outfits with the most votes are the ones that the influencers will keep… training their audiences on the mechanics of how to shop as they market the product.

Agha says that the user experience is most akin to TikTok or Snap,rather than Instagram. There’s a publicly available feed for those who want to use it or the feed can be made private and shared among friends. And the app is only available for children 13 and up.

On the business side, the company is keeping 33% of the cash from any item sold. It’s cut is higher, because FlipFit handles all of the back end logistics of shipping and returns, according to the co-founders. Every box the company ships includes the standard pre-printed return label.

“Returns are our default. While the rest of the industry is fighting this phenomena, we are leaning into it,” said Jonathan Ellman, co-founder and co-CEO of Flip. “Almost half of all fashion shoppers bracket their online purchases, buying several pieces to try on at home with the intention of returning what doesn’t fit or what doesn’t match what they saw online. We believe returns should be as easy as the purchase and by making the shopping process more efficient and effective, we’re keeping clothes out of landfills and in your closet.”

The company is, to date, backed by a $3.75 million seed round led by TLV Partners with participation from Lool Ventures.

“Flip is the evolution of social media and e-commerce — birthing the baby of Istagram and Amazon and creating the first physical product marketplace where your likes and actions impact the products you receive,” says Rona Segev, a general partner at TLV. 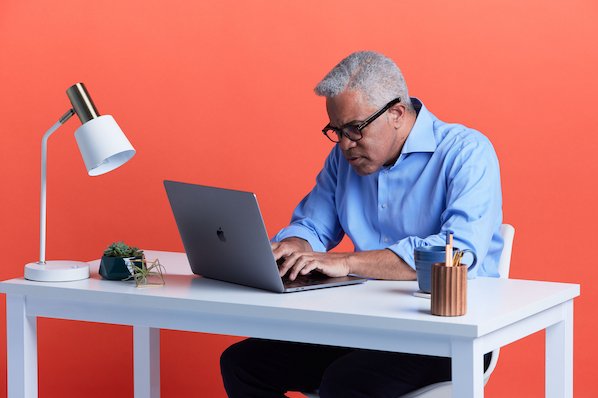