After adding lists as alternate, swipeable tweet feeds back in September, and then topics as an additional following option two months later, Twitter is now working to give lists and topics even more focus, with a range of updates designed to help improve content discovery, and connect more people – particularly new users – to increasingly relevant, engaging tweet content.

As part of a recent interview with Fast Company, various members of Twitter’s design and development teams provided insight into where the company is headed on both lists and topics, the introduction of which is designed to make it easier for people to link into the conversations of relevance to them.

“People would hear about all the great stuff that happened on Twitter all the time, and they just couldn’t find it. It’s like, ‘Oh my God, did you see what’s happening on NBA Twitter?’ And people would search for ‘NBA Twitter’ and be like, ‘Is this it? Have I found it? Is it a hashtag or something?’”

As Twitter looks to usher in the next generation of users, it’s hoping that by providing more discovery options, it will make the platform more accessible, and give people more of what they want – and less of what they don’t.

So how can Twitter facilitate this? Here’s a look at some of the features in the works:

In order to help people better understand what they’ll see in their timeline if they follow a specific topic, Twitter’s developing new preview elements on topic listings, which would display things like related hashtags and follower counts, as well as notes on how active the topic is in the app. 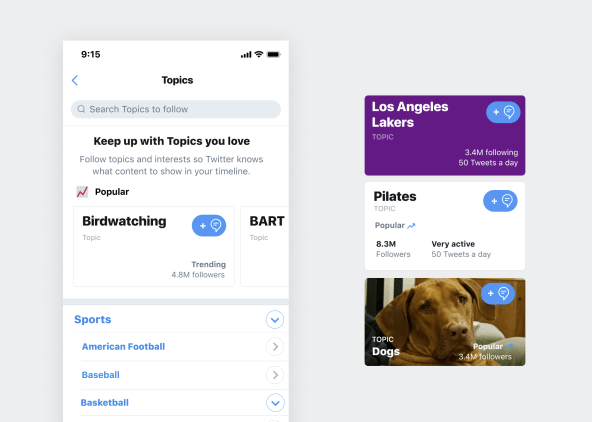 A particularly helpful, potential addition is the estimate of daily tweet volume, so you would be able to see, before you tap ‘follow’, just how many tweets you’ll potentially be piping into your feed by becoming a fan. 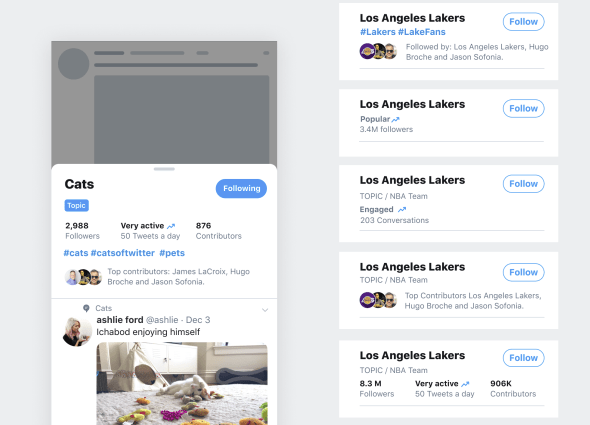 Twitter’s also looking to refine its timeline set-up process for new users, which would take them through a range of simple steps to refine their interests – and ideally, keep them engaged through topics and lists. 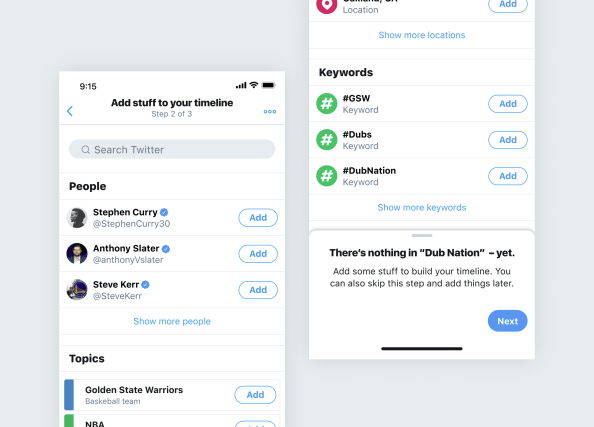 Based on your responses at each stage, the process would recommend profiles, topics and hashtags to follow. And interestingly, Twitter’s also working on a ‘location’ option, which would not only enable users to signify that they’re interested in tweets from or about a region, but also which specific elements of that area they’re most interested in being updated about.

As per Fast Company:

“[Twitter has] explored what-ifs such as the ability to follow a place – say, San Francisco – on Twitter. And then to specify which aspect of that place you cared about most – such as its food, music, and art – so that your San Francisco Twitter might be strikingly different than someone else’s.”

That could be a good way to stay in touch with local conversations, while also filtering out the noise of, say, tourist shots or local marketing posts.

Of course, all of this is irrelevant if Twitter’s topic streams end up filled with spam – which is what currently tends to happen with trending hashtags, and the hashtag “jackers” who use those rising discussions to peddle their offerings.

As part of its development of topics, Twitter’s building new systems which can better identify tweets based on the content of each, as opposed to merely piping tweets from high profile users related to the subject into the stream. That means that if you follow ‘Basketball’, for example, you’re ideally not going to see a tweet from LeBron James about a non-basketball subject, despite James being a high-profile user, and his tweets generating high engagement.

Twitter’s looking to utilize not only machine learning in this context, but also human editorial input, in order to ensure that each topic stream maintains relevance. That’ll be a difficult balance to maintain, especially as it looks to scale topics further, but it will be key to ensuring that the topic streams offer something new and valuable for its audiences.

Lastly, Twitter is also looking to develop new, custom image header cards for lists, providing another personalization element to the option. You can see an example of the custom image cards on the left below. 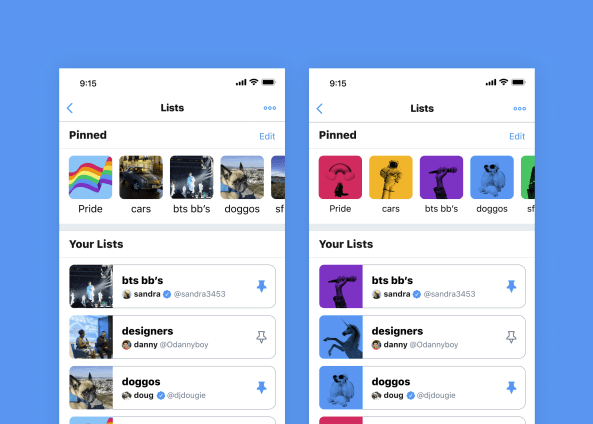 At present, lists come with a randomly generated stock image (like those in the example on the right), which, as of last month, now also show up as a preview card in tweets when you share a list URL.

Users will soon be able to further customize their display images, while Twitter’s also looking to add in a new list discovery element, which will enable users to sort through “the full universe of all these user-generated timelines” in order to connect with relevant, alternate tweet streams.

Each of these updates is interesting within itself, and each holds significant potential, with new ways to showcase your favorite content, and to discover more relevant, interesting insights from across the tweet spectrum. And while long-time users may not glean significant value from such, having already refined their tweet experience to a large degree, they may still find some value in additional options like location sorting, while the larger focus of the potential changes remains on getting new users more acquainted with the app.

That’s particularly relevant for international markets, where Twitter is now seeing the vast majority of its growth. 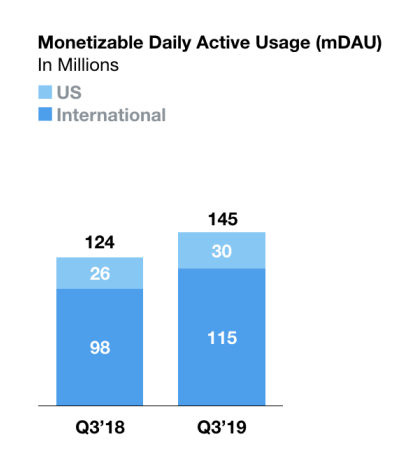 As you can see in this chart, while Twitter has only added four million new monetizable daily active users in the North American region over the last year, it’s added more than 4x that in other parts of the world.

For these users, who are less familiar with the app, refining the tweet discovery process could be a massive improvement.

Given this, it makes a lot of sense for Twitter to make it a focus, and it’ll definitely be an element to watch as we move into 2020.