Don’t say we didn’t warn you.

After announcing the return of its reverse chronological, algorithm-free post feed late last year, Instagram chief Adam Mosseri has today shared a preview of how its new options on this front will work.

Honestly, the way he says ‘it’s important to me…’ freaks me out a little bit.

As you can see in the video, Instagram’s looking to add two different chronological feed options, in ‘Favorites’, which would enable you to view a listing of accounts based on those you add to your ‘Favorites’ list, and ‘Following’, which will display the accounts that you follow, free from additional recommendations, in reverse timeline order.

The latter is particularly important, because as Mosseri notes, your algorithm-defined ‘Home’ feed is going to feature ‘more and more recommendations over time’, as Instagram looks to boost content discovery, and get people spending more time, and money, in the app.

So that’s good, right? You’ll soon have the option to view your posts in reverse chronological order once again, with an easy switch to toggle between the different feeds. That’s what users have been asking for for years, right?

The problem with Instagram’s solution, which has been in testing since early December, is that you won’t be able to make your preference the default option, which means that if you’d like to see your feed in reverse chronological order, you’ll have to manually switch over to your ‘Favorites’ or ‘Following’ feed every time you use the app.

Now, that’s not a massive imposition – tapping on an extra feed toggle is pretty easy, and it will give you simple access to an algorithm-free Instagram experience if you want it. But at the same time, Instagram also knows that most people simply won’t bother, which, in some ways, makes it a win-win for the platform, in that it gets the positive user PR of providing these alternative feed tools, while also not seeing any significant impacts on overall engagement, because most people will just keep using the algorithm-defined feed as they always have.

How can Instagram be confident of such? Because Facebook also provides the same option, with the capacity to switch your Facebook News Feed back to reverse chronological order, just like it was back in the days of poking and sharing how you’re feeling in your updates.

Facebook rolled out its now infamous News Feed algorithm back in 2012, and ever since, users have pushed for an option to switch the algorithm off, and give them more control over their experience. Facebook’s tested various ways to provide this, with the capacity to switch to a ‘Recent’ feed always in your settings, while Facebook has also been testing ways to make this more up-front, including this test in 2020.

Yes, Facebook already provides the exact options that Instagram is now proposing, with News Feed sorting via ‘Favorites’, based on the people and profiles you choose, and ‘Recent’, which, much like Instagram’s ‘Following’ list, displays the latest posts from those you follow.

Some users have access to these options upfront, others need to dig a little in their settings. But even if you do have access, you’re probably not using them, because while you might like to see your feed in reverse chronological order, you’re not going to manually select the display option every time you log in. Right?

Facebook knows this, and Instagram does too. So while it’s good that Instagram is looking to provide more options, and it’ll no doubt work to reduce user complaints about lack of control, as these options will be readily available, in reality, not many people are going to use them.

So it’s not exactly a return to the Instagram of old, and a means to eliminate the algorithm altogether. Social platforms have all seen significant engagement increases due to algorithmic sorting, and highlighting content of interest to each individual user – and as such, they’re not about to let you just turn them off so easy, and lose all of those gains.

As Mosseri notes, most people don’t get through all the posts in their main feed anyway, and if you do switch away from the ‘Home’ feed display, you could well end up missing important updates. That’ll give further credence to its preferred, algorithm-defined approach, which will see even more users forget that these options exist.

In essence, it’s more of a placating move than one focused on utility, a way for Instagram to get some of the more vocal critics of its algorithmic approach to calm down, while still gleaning optimal benefits.

That’s not necessarily a bad thing, as it may well be that the algorithm feed is better, even if users don’t think it is. But it is worth clarifying that this is not the return to user control that Instagram will be touting, even if it does provide more options.

Mosseri says that the new feed options are now in testing, with a view to a full rollout ‘in the first half of this year’. 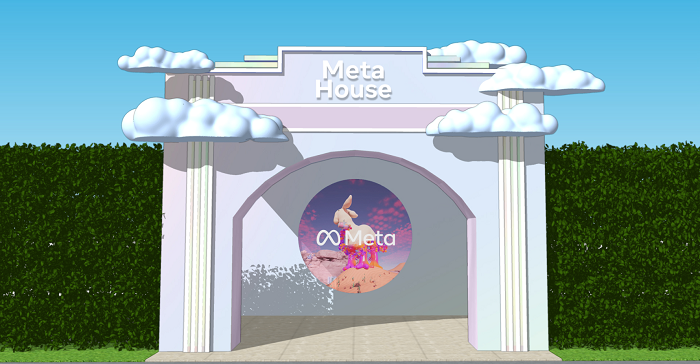 Meta’s looking to better highlight the rising creative opportunities of its metaverse push, via two new art installations which will use mixed reality elements in their presentation.

The first is a ‘Meta House’ activation för Miami Art Week (December 1-3), which will include mixed reality experiences from emerging artists like COVL, YONK och mer.

As you can see in this mini-documentary, digital artists are discovering new forms of expression within these evolving digital spaces, and Meta’s looking to highlight these artists, and the potential of such, to promote future opportunities.

Meta House will also feature live performances from Doja Cat and GloRilla, so it’s a pretty big, and expensive push from Meta to boost its appeal in this respect.

On another front, Instagram’s launching a new exhibition to showcase the work of Tomás Karmelo Amaya, which will also incorporate augmented reality elements.

“The exhibit ‘Embracing Our Sovereignty’ offers a glimpse into the lives of Amaya’s Indigenous family, friends and collaborators. For Amaya – a writer, director and multidisciplinary artist who is A:shiwi, Rarámuri and Yoeme – AR is a new space. In collaboration with Hayato Kuno, a visual and technical artist in Japan, Amaya used Meta Spark to add layers of meaning and storytelling to three of his images.”

The activations are part of Meta’s larger push to better ingratiate itself with creative communities, and provide more avenues for monetization and expression via its tools.

“The next generation of art, culture and social interaction will be expressed through mediums that blend the physical and digital worlds – also known as mixed reality. And we envision the people leading this movement to be creatives from all backgrounds.”

Meta knows that if it wants its metaverse to be a hit, it will need creators to take part in building more engaging, original and unique experiences. Meta can’t do this alone, and with the expanded opportunities of VR art and other forms of digital expression, aligning itself with creative communities as it moves into these elements will be a key building block for its next-level experiences.

It’ll be interesting to see where Meta goes with this, and whether it does indeed help to make its various digital platforms a more appealing prospect for emerging artists.

And for marketers, it could help to provide some guidance on the creative opportunities for your own promotions, now and in future.

Meta’s Meta House will be open as part of Miami Art Week from December 1st to 3rd, while ‘Embracing Our Sovereignty’ opens on December 1st at 145 Plymouth Street in Brooklyn, NY.