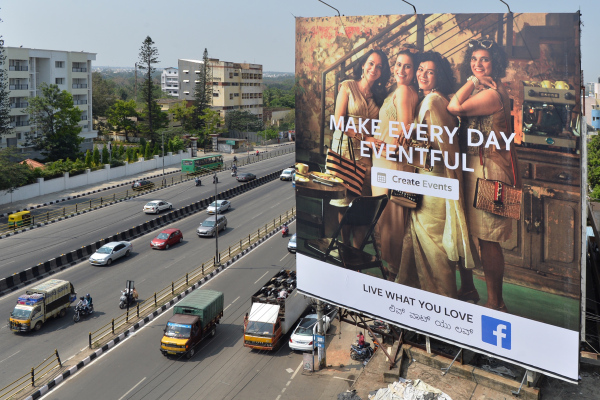 Facebook, which reaches more users than any other international firm in India, has identified a new area of opportunity to further spread its tentacles in the world’s second largest internet market.

On Sunday, the social juggernaut announced it had partnered with the Central Board of Secondary Education, a government body that oversees education in private and public schools in India, to launch a certified curriculum on digital safety and online well-being, and augmented reality for students and educators in the country.

Through these subjects, Facebook and CBSE aim to prepare secondary school students for current and emerging jobs, and help them develop skills to safely browse the internet, make “well informed choices,” and think about their mental health, they said.

Facebook said that it will provide these training in various phases. In the first phase, more than 10,000 teachers will be trained; in the second, they will coach 30,000 students. The three-week training on AR will cover fundamentals of the nascent technology, and ways to make use of Facebook’s Spark AR Studio to create augmented reality experiences.

“I encourage the teachers and students to apply for the programs commencing on July 6, 2020,” said Ramesh Pokhriyal, Union Minister of Human Resources Development in India, in a statement.

Facebook has in recent years ramped up its efforts to create awareness about the ill side of technology as its platform confronts with misuse of its own services in the country. Last year it partnered with telecom giant Reliance Jio Platforms — in which it would eventually invest $5.7 billion — to launch “Digital Udaan,” the “largest ever digital literacy program” for first-time internet users in the country. India is the biggest market for Facebook by users count.

Instagram’s Guide for Building Healthy Digital Habits, which has been developed in collaboration with the Jed Foundation and Young Leaders for Active Citizenship, aims to help youngsters better understand the “socio-emotional space” they operate in and engage in health conversations.

“I am proud to share that CBSE is the only Board that has introduced the modules of Digital Safety and Online Well-being, Instagram Toolkit for Teens and Augmented Reality. Incorporating technology and digital safety into school curriculum will ensure students are not only gaining knowledge to succeed in the digital economy but also learning and collaborating in a safe online environment,” said Manoj Ahuja, Chairperson of CBSE, in a statement.

The announcement today caps a remarkable week in India that started with New Delhi blocking nearly 60 services developed by Chinese firms over cybersecurity concerns. TikTok, one of the services that has been hit by India’s order, identified Asia’s third-largest economy as its biggest market outside of China.

The service, run by Chinese giant ByteDance, reaches more than 200 million users in India, most of whom live in small towns and cities. TikTok began working with scores of content creators and firms in India last year to populate its short-form video service with educational videos.