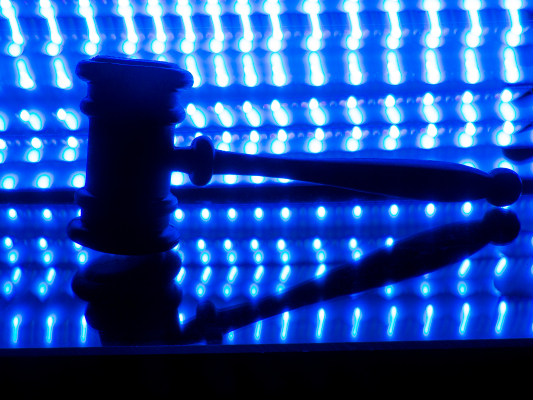 After decades of global expansion and consolidation in the tech sector, antitrust is now a headline issue for the industry across the world.

What has been a slow and sputtering series of disparate actions over the past decade has coalesced in just the past few weeks into a rapid and comprehensive series of actions against the industry, with the United States being a notable laggard worldwide.

Nowhere are these actions more prominent than in China, where the competition authorities have — after many years of a reasonably laissez-faire policy to its internet giants — suddenly decided to take sweeping action against its largest tech companies.

That movement started after Chinese regulators thwarted Ant’s record-shattering IPO in early November. Ant is one of China’s most important tech companies, a fintech company that was looking at a valuation north of $300 billion and that has 1.3 billion active users globally centered on China and the overseas Chinese diaspora.

That regulatory action led to a $60 billion dollar immediate drop in Alibaba’s market cap, given Alibaba’s 33% stake in Ant.

The bad news from Beijing has continued for the tech industry though. Earlier this week, market regulators laid out a “rectification” plan for Ant, including tougher lending standards that are expected to deeply impact the high-flying company’s revenues, margins, and growth. The Wall Street Journal reported this morning that China also specifically intends to “shrink” Jack Ma’s own influence over his business empire, with the government itself potentially acquiring larger ownership stakes in tech companies.

Furthermore, Beijing seems ready to force Alibaba and Tencent to play nicer with each other and create breathing space for startups outside of their two inter-locking corporate webs. Earlier this month, authorities fined Alibaba a nominal amount and also reviewed a Tencent acquisition, actions that were perceived by analysts as the opening shots in a new round of antitrust intervention. More action is expected in 2021.

It’s not just China though that has been bringing tech companies to heel. Almost exactly a year ago, Germany-based Delivery Hero announced a $4 billion takeover of Seoul-based Baedal Minjok, a popular food delivery app. Yesterday, South Korean competition authorities ordered Delivery Hero to divest its existing local delivery assets to get approval for the acquisition — a demand that undermined one of the reasons for acquiring Baedal Minjok in the first place. Delivery Hero has said that it will sell its unit to complete the transaction.

Meanwhile this month, Europe and soon-to-be-Brexited Britain announced a spate of new policies and regulations designed to heighten competition in the tech sector, including increasing legal liabilities for illegal content, broadening transparency around services, and mandating open competition on major platforms. Those policies have been a long-time coming, but now that they are starting to gain traction, they portend huge changes on how the highest-scale tech companies can operate on the Old Continent.

While many of these global policies are designed to undo the consolidation and scale of the industry, in India, regulators are working to prevent such scale in the first place. Local competition authorities there announced in November a framework that would prevent any company from owning more than 30% of local payments volume, and also mandating financial interoperability standards. That policy appears to be designed to avoid the kind of fintech duopoly seen in China between Alipay and WeChat Pay.

With all this global antitrust action bubbling, the laggard has actually been the United States, perhaps since the largest tech giants are all headquartered domestically. While Congress, the president, and dozens of state attorneys general have become increasingly strident on the scope of companies like Amazon, Google, and Facebook, action remains very early against the giants.

The largest and most notable action so far has been a massive lawsuit by 46 states against Facebook that was filed earlier this month. As we reported then, the lawsuit “alleges that the company bought competitors ‘illegally’ and in a ‘predatory manner’ in order to grow and preserve its market power. The suit cites Facebook’s acquisitions of Instagram and WhatsApp as prominent examples.”

Of course, as some of us remember from the 1990s with the U.S. government’s case against Microsoft, antitrust lawsuits often take years to full wend their way through the courts — and often don’t even lead to much if any change in the end anyway.

Whether a Biden administration will dramatically change the course of these actions remains unclear, with the transition offering very limited insight as it prepares to take office next month.

Nonetheless, all of these antitrust actions happening simultaneously across the globe within weeks of each other portends huge regulatory fights for tech in 2021.

AMP Under Fire in New Antitrust Lawsuit Against Google