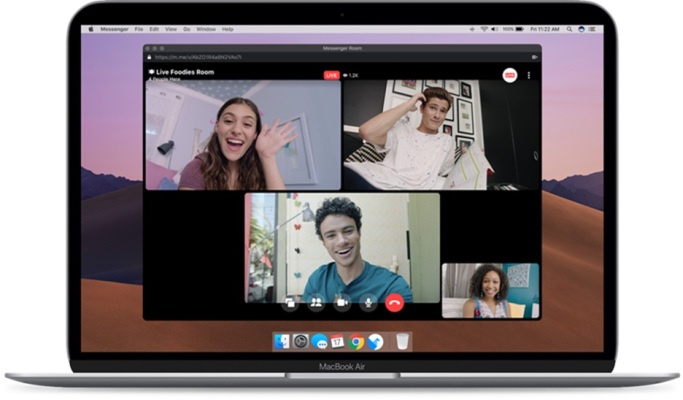 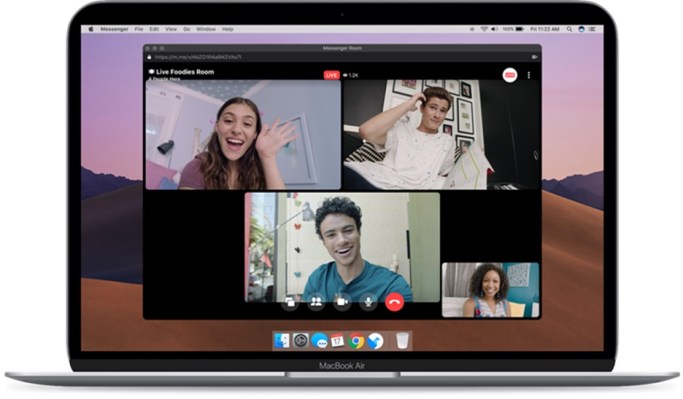 Zoom has run away with the prize in the last few months for becoming the video calling platform of choice for people confined to their homes, whether they are making work calls or friend calls. No one really talks about “Teamsing up” (“Skyping,” perhaps?), or “Hangoutsing” or “Meeting“, or indeed “Roomsing.” But many people talk about Zooming, even when they’re not using Zoom to do it.

Today Facebook added in a new feature to its own contribution to the video chat landscape that should lead, if not immediately to more usage, more engagement when Messenger Rooms does get used.

The social network has announced that people using Messenger Rooms — the video chat software that lets people create calls with up to 50 people via a link (no Facebook or Messenger account required to join the call) — can now choose to broadcast that Rooms chat to Live, the feature in Facebook that lets people broadcast directly through Groups, Pages and in timelines via your Profile.

Facebook Rooms via Live will still come with controls for the call host: the limit is 50 people, users need a link to join, and the moderator/call host can still remove people if needed.

The difference now is that those calls will essentially be carried out on a stage, seen by as many as would have seen a Live broadcast posted by that host. When the room goes “Live”, participants will have to opt-in to be a part of it, and they can also leave before it starts to broadcast.

Messenger Rooms was first announced as “Rooms” in a limited rollout at the end of April. Seen by some initially as a Houseparty competitor, it was launched was a time when the world was well into numerous shelter-in-place orders to try to stem the spread of the global health pandemic caused by the novel coronavirus and were turning to video conferencing as a way to stay connected.

Amid many alternatives, Zoom had quickly emerged as the most popular way for people to do that, albeit, not without lots of controversy, partly due to the fact that this enterprise company had never in its wildest dreams thought it would take off as a consumer product and get used by a billion people. Meanwhile, Rooms was then rolled out globally as Messenger Rooms in June.

Because of the controversies Zoom faced, and because Facebook is, well, Facebook, it didn’t really matter at first how well Messenger Rooms was picking up traction: the message was that Zoom should be worried.

It’s actually not clear how many people are now using Messenger Rooms. (We’ve reached out to Facebook to ask.) Nor is it even clear if Facebook ultimately finds Zoom a threat.

Today’s news, it seems, is about adding more incremental engagement across Facebook overall, and adding in features that already exist for the de facto leader in the market.

You can already stream a Zoom call on Facebook Live, so why not be able to stream a Messenger Rooms call live there too? (I don’t know if Facebook will extend that to the other places where Zoom can stream, which include YouTube and Twitch.)

Facebook said that the feature is getting rolled out in limited release today and will soon expand globally to everywhere that Messenger Rooms works. Facebook also says this is a work in progress, with other news features coming soon, too.